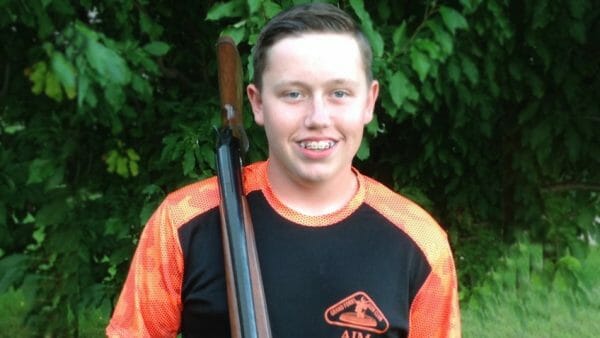 USA -(Ammoland.com)- This summer, Grand Forks Gun Club (GFGC) eagerly watched as Erik Argall pursued the title of 2017 AIM Grand Championship Youth Trapshooting Singles Champion. The Singles Championship with 1,399 participants took place over a two-day period, and Erik posted two perfect scores for a 200 straight. This put Erik in a three-way tie for Open Individual Champion, and he went on to win the shoot-off with another 50 straight. In the first shoot-off round, Erik and one competitor ran their 25 while the other dropped one target and was out. Erik held another perfect score in the second round as his challenger dropped two targets, giving Erik top honors. We are proud that Erik is a product of the GFGC AIM program.

Erik always seems to have just a little extra to give that time of the year. For the past three years he has risen to the challenge and shot his very best during the AIM Grand. …Read the Rest