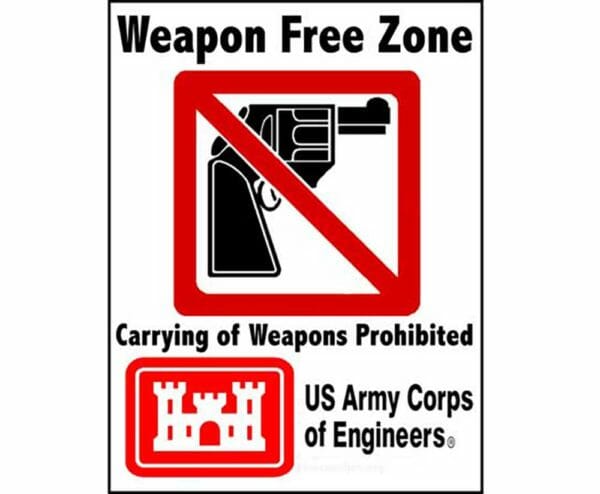 U.S.A. –-(Ammoland.com)- For decades, the Corps of Engineers (COE) has infringed on the Second Amendment rights of people in the United States, by limiting the bearing of arms on Corps managed lands and waters. In the last decade, lawsuits have challenged these infringements. The Corps lost one, appealed, and appealed another. After the election of President Trump, the Corps agreed to settle the lawsuits in March of 2017. The proposed rule simply aligns the Corps of Engineers rules with existing law on other government managed lands and waters.

Conformity with state and local laws has been the law for National Parks for a decade. It has been an enormous success. At the link, there is a button to access the site to submit a comment. It is on the upper right of the screen,in a rectangular blue box, with white letters which say “Comment Now”. Clicking on the button takes you to the page to fill out your comment. Your personal information for contact will not be displayed, unless you put it in the comment itself.

Here is the official summary of the proposed rule. …Read the Rest