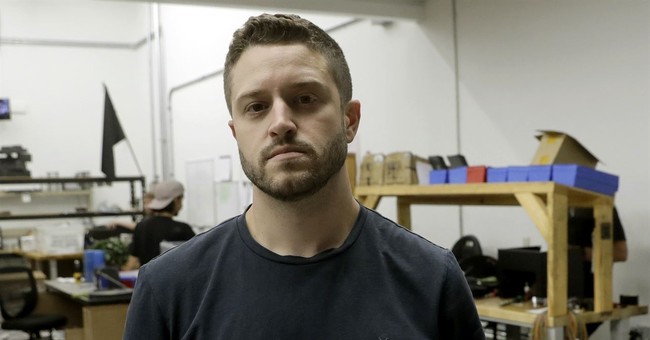 Cody Wilson put his thumb in the eye of every anti-gunner with his 3D printer files and the Ghost Gunners, CNC machines that create receivers for popular firearms in the privacy of your own home. Wilson was a leading voice in the effort to decentralize gun manufacturing and is the man behind the most complete 3D printed gun out there.

However, he also ran afoul of the law in the most disgraceful way.

That forced him away from the company he founded. It doesn’t mean he stayed away, though.

Gun-rights activist Cody Wilson told the Washington Free Beacon he will be returning to Defense Distributed, a company that manufactures machines that make gun parts, after striking a plea deal in his sex-crime case.

Wilson said he was invited back by Paloma Heindorff, who took over the company after Wilson was arrested in 2018 for paying an underage girl for sex. He also said that the company would be launching a new Ghost Gunner milling machine designed to help manufacture firearm parts on a DIY and small-business scale.