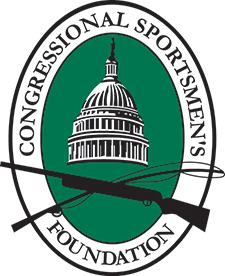 Congressional Sportsmen’s Foundation (CSF) Senior Director of Midwestern States Chris Horton moderated the program. “Many of the land conservation programs within the Farm Bill are important to sportsmen and women – true conservationists who support the improvement of soil, water, and fish and wildlife resources on private lands, farms, ranches, and in forests,” said Horton. “Carrying over the conservation successes of previous Farm Bills is critical to future conservation projects.”

Current programs up for reauthorization that conserve fish and wildlife within the 2014 Farm Bill include: the Conservation Reserve Program, which allows farmers to take environmentally sensitive land out of production in exchange for rental payments; the Voluntary Public Access and Habitat Incentive Program, which encourages landowners to open their lands for public access; and the Agricultural Conservation Easement Program, which conserves wetlands and other important habitats through easements.

“As a life-long sportsman and …Read the Rest