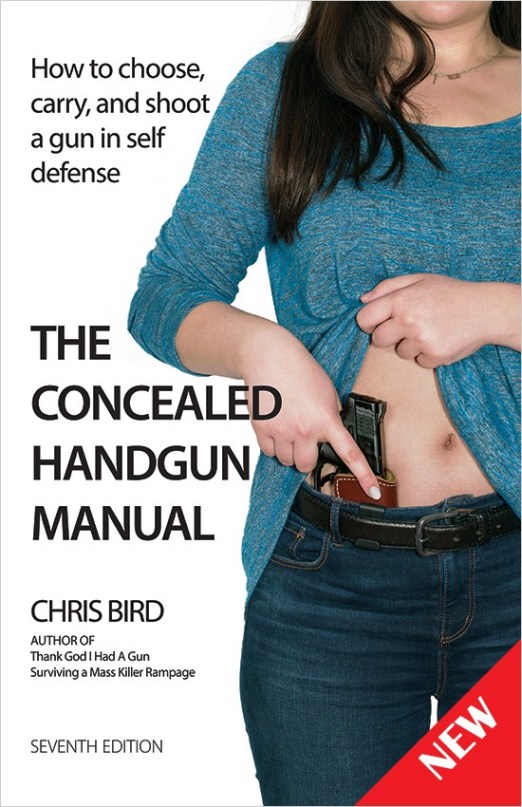 U.S.A. – -(Ammoland.com)- “I have to admit that I find it a hoot that a Brit is reminding me of situational awareness, and how generally we should be armed 24/7,” Gun Owners of America’s Executive Director Emeritus Larry Pratt notes in the Foreword to an important book. “Well, Chris Bird is not a typical Brit, and he has a lot to teach us typical Yanks. I for one am very grateful that Chris Bird has so much to teach us.”

Pratt is referring to “The Concealed Handgun Manual,” extensively rewritten in its seventh edition. And what Bird teaches is “how to choose, carry, and shoot a gun in self-defense.”

Yes, Bird is definitely not “a typical Brit,” as his bio at Privateer Publications shows. Passionately interested in guns at an early age, his life path led him through the military, where he was weapons training officer for his unit. He emigrated first to Canada and then to the U.S. after marrying a Texan whose own defensive gun use story confirmed his commitment to training …Read the Rest