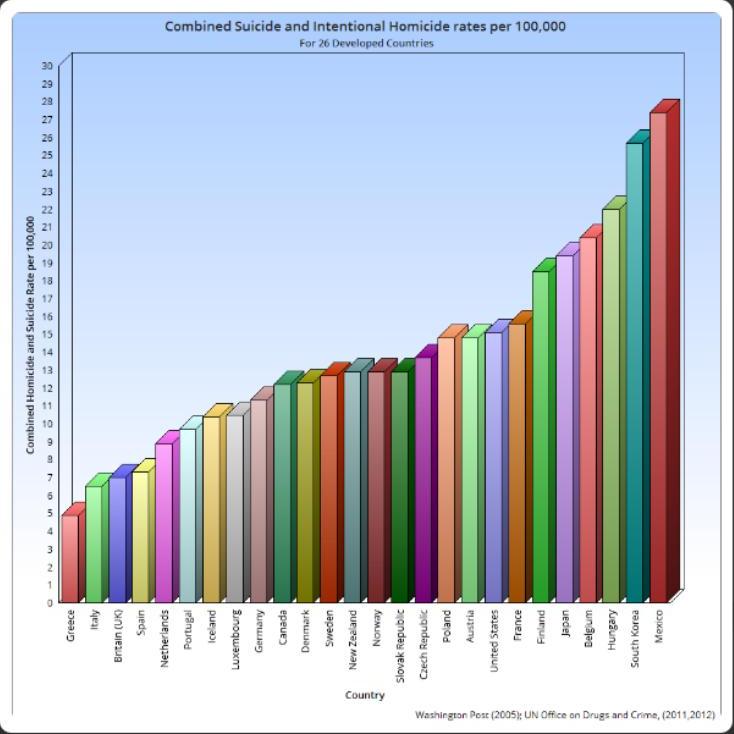 The chart shows the combined suicide and intentional homicide rates for 26 developed nations. It is always hard to come up with a list of countries to chose, so I let the Washington Post chose this list. They conveniently came up with the list in an article on suicide. As with most international comparisons, one of the major questions is: What countries do you choose to compare? It makes an enormous difference, and can cause exactly opposite conclusions . . .

The latest tactic among those who want a disarmed population is to lump suicide and murder together, in order to get a bigger number. This was done because the murder rate has fallen …Read the Rest