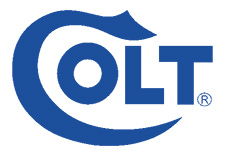 WEST HARTFORD, Conn. –-(Ammoland.com)- Colt is excited to announce an update to the incredibly popular Colt Competition Pistol line. All models, which were originally offered with Colt’s Series 80 firing system, will now feature Colt’s Series 70 firing system. This change comes at no added cost to the consumer; the pistol will continue to be priced starting at $899 for blued and $999 for stainless steel.

“The Series 70 firing system has long been associated with Colt’s heritage as a top manufacturer of competition-grade firearms,” said Mark Redl, Product Manager and Pro Shooter for Colt. “As we look forward and build more value for shooters into our Competition Pistol line, we also seek to pay tribute to that storied heritage. For weekend competitors and those looking to improve their action pistol shooting game, this race ready pistol, which was already an excellent value, has just become even more desirable.”

Colt is pursuing yet another class of competitive shooter now with this recent change. All the great features that have made the Competition Pistol Colt’s number one selling handgun remain the same. Whether they prefer stainless or blued finish, …Read the Rest