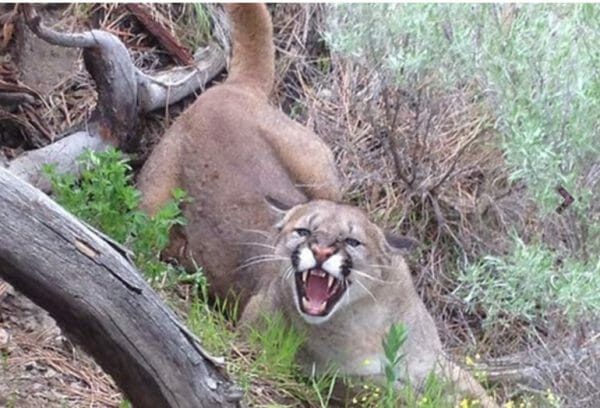 Arizona -(Ammoland.com)- Colorado Parks and Wildlife is warning residents of Edwards, Colorado, that 8-10 mountain lions are roaming about their town, and may be dangerous. From cpw.state.co.us:

Yamashita says based on the reports he has received from Edwards residents, it appears there are two females in the area, each with a litter of 3 or 4 juvenile lions.

“The young lions are nearly full grown, as large or possibly larger than their mother,” said Yamashita. “It appears the female lions are teaching their young to hunt among a human populated area. Considering we are talking about nearly full-grown lions, this is not a sustainable situation. We will take the appropriate management action as necessary, but what the action will be remains to be seen and will be based on our assessment of public risk and the lion’s behavior going forward.”

CPW officials say once a predator has lost its natural fear of people, they can become a direct threat to human health and safety.

“This is a troubling situation and we are very concerned for the safety and welfare of the people in this area,” said Northwest Regional …Read the Rest