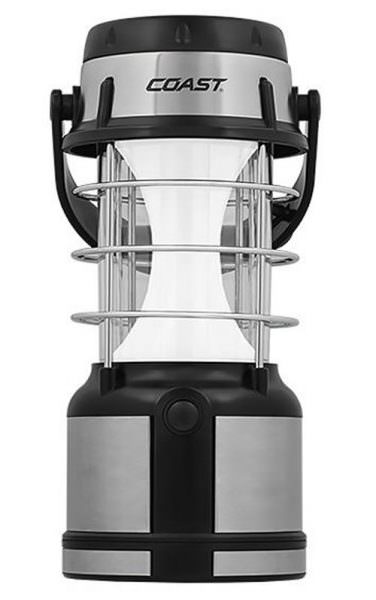 USA -(Ammoland.com)- The need for a good lantern in any base camp while hunting is a no-brainer. It is also not a bad idea to have one around the house in case of a power outage.

Before the advent of LEDs, we only had a choice of Coleman lanterns, oil lamps (lanterns) and some rechargeable fluorescent lanterns.

Colemans were the best, but the mantles tended to break if you bumped the lantern too hard or it fell over. That was their short-coming. The Coast EAL17 does not have that disadvantage.

With the development of the LED “bulbs”, it wasn’t long before they were incorporated into area lanterns, rendering most other lanterns obsolete. Oh, we still keep a propane lantern on hand with new mantles as an emergency-emergency backup.

Call Jim old-fashioned in that respect, as it would be a lot easier to simply carry some extra batteries and buy an additional COAST lantern. (I’m working on him)

The COAST lantern can safely be used anywhere, including in your house. That is a …Read the Rest