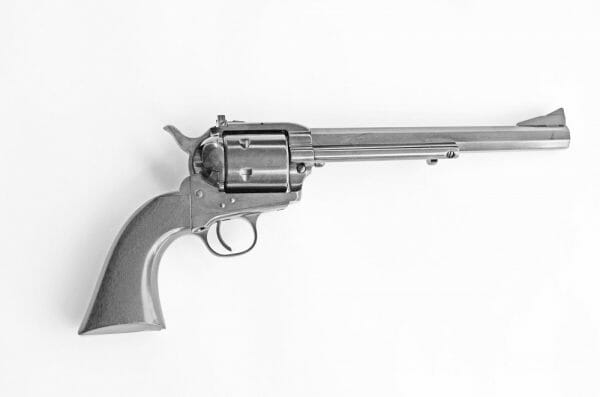 Every now and then a new firearm comes around that makes us wax nostalgic for a historical period in time or for a movie. Cimarron Firearms has introduced a new revolver that reminds us of a song:

U.S.A. –-(Ammoland.com)- The Cimarron Bad Boy evokes the 1960 western song, Big Iron, by Marty Robbins. Built on the huge grip frame of a Colt 1860 Army model, with an 8″ octagonal barrel, adjustable sights and chambered in 44 Remington Magnum, this is a single action revolver to behold.

Opening the box of the Cimarron Bad Boy reveals what looks to be another Colt Single Action Army (SAA) clone. That is until you …Read the Rest