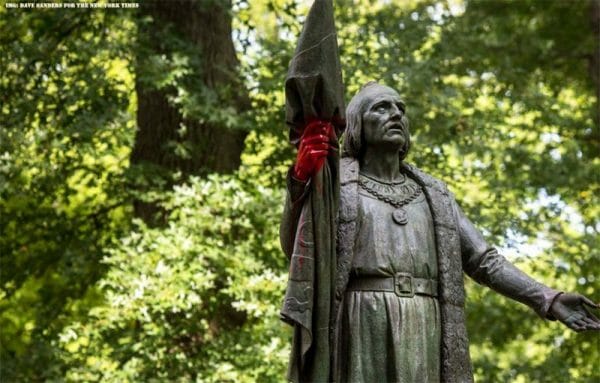 USA – -(Ammoland.com)– Someone would have to strengthen Indians’ immune systems

The lamestream media told you:

Columbus was a white conqueror whose statue should be torn down, he brought pestilence to the indigenous peoples of North America and led to the deaths of hundreds of thousands. Anyone who reveres him is a racist hate monger.

The Uninvited Ombudsman notes however that:

They all need treatment. They are all in denial.

Of course the natives died — they were scheduled to die — [sounds cold but] they would have died off as soon as anyone arrived from the rest of the world, because the natives had no immune defense against the germs that …Read the Rest