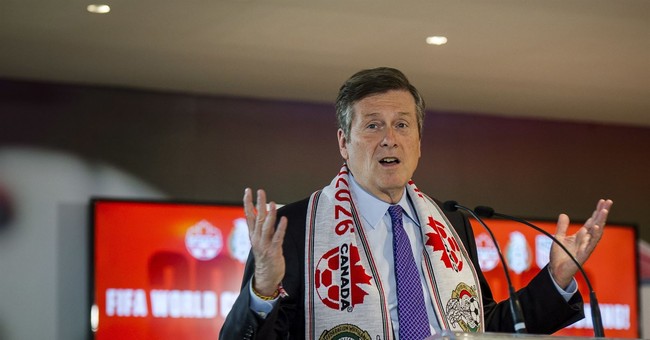 What happened in Toronto was a tragedy. While the loss of life wasn’t as high as many recent American mass shootings, the loss of two lives is always tragic. Many others were injured during the rampage, their lives impacted by a maniac with a gun.

Canadians are demanding that the government “do something,” much like how Americans were following Parkland.

However, Canada already has many of the gun control measures proposed after Parkland. As we can see, it didn’t stop the rampage. But undeterred anti-gunners in Canada won’t stop just because of a pesky thing like reality. They want to now push for a total handgun ban.

Canadian gun control advocates’ goal of civilian disarmament came further into focus this week following a tragic shooting Sunday in Toronto that killed two people and wounded 13. As law enforcement officials were still working to determine where attacker Faisal Hussain had obtained the pistol used in the shooting, various Toronto politicians called for a total ban on the sale or possession of handguns in Canada’s most populous city and for federal legislation that would ban the sale and possession of all handguns and semiautomatic firearms nationwide. Canada’s Liberal-led federal …Read the Rest