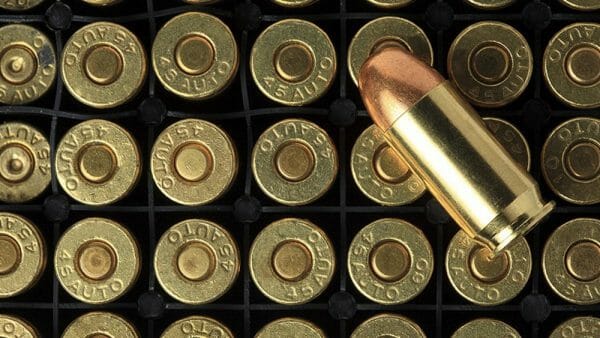 Fayetteville, AR –-(Ammoland.com)- California cannot let go of the dream of violating basic rights. It’s not enough for the state to restrict gun buyers to an approved list, to make legal ownership of semiautomatic rifles with detachable magazines difficult, and to deny carry licenses to people who aren’t politically connected in the most populous counties. Now the state is seeking to increase the burdens on sellers and purchasers of ammunition, requiring stores to keep records of who is buying and buyers to show identification before handing over money.

In the most recent figures for ammunition manufacturer that I’ve seen (2013), America alone produces some ten billion rounds a year. At least another five billion rounds are made in other nations. These numbers, of course, do not necessarily take into account what gets made in small shops or by personal reloaders, and how much ammunition is cranked out by extra-legal operations is anyone’s guess.

This is to say that California is trying to stop a flood with screen doors. I’m told time and again that Indiana is to blame for the gun violence in Chicago. If guns can cross borders, ammunition surely is easier to move. Rounds could …Read the Rest