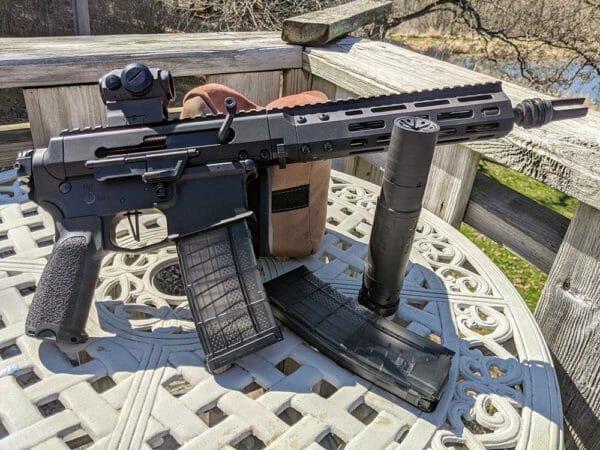 U.S.A. –-(Ammoland.com)- The BRN-180? What’s that? Do you remember as a kid when Grandma made those really sweet chocolate chip cookies, and your Mom made the best oatmeal cookies ever? Those are some of the best memories, ever. However, you’ll never forget the night you spent over at Jimmy’s house only to catch a whiff of his Mom’s cookies, wafting through the kitchen window outside where you were playing. The mind-blowing part of that playdate was when you took your first bite – Jimmy’s Mom, known as “the coolest” henceforth had put chocolate chips in her oatmeal cookies and merged to the two best treats in your childhood into one yummy little package. Thus, the BNR-180…

Some of you may know the history of the AR-18. It was another Stoner design coming out of the time period the AR-15 had been conceived. The AR-180 was the semi-auto version of the select-fire AR-18. They employed stamped steel receiver work, not a great deal different than an AK. There was some welding involved, but not a lot. I could write an article …Read the Rest