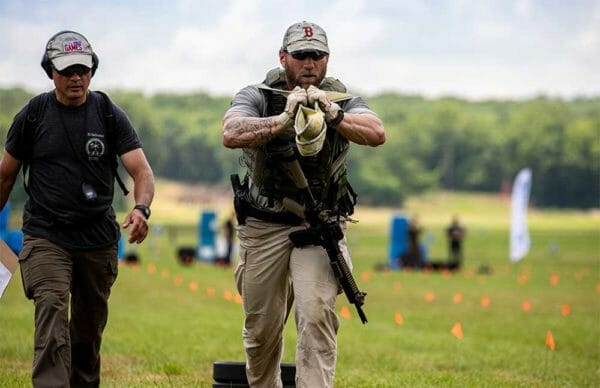 GRINNELL, Iowa –-(Ammoland.com)- Brownells is proud to announce its 2019 title sponsorship of The Tactical Games, a series of exciting “battles” designed to test America’s best warrior-athletes in a combination of two-gun shooting and military-style training, with elements of both Strongman and CrossFit competitions mixed in.

The first two installments of The Tactical Games 2019 schedule are set for February 23 and 24 at the Merdian Public Safety Training Facility in Meridian, Mississippi, and Reveille Peak Ranch in Burnet, Texas, on March 16 and 17. More 2019 dates will be announced soon.

Former U.S. Army Green Beret Tim Burke co-founded The Tactical Games, bringing to bear his more than 21 years of experience in U.S. Special Operations as well as his career as the head of a law enforcement counter-terrorism unit.

“The Tactical Games provide an immediate, no-nonsense metric that either validates or challenges your training methods and conclusions. It is the only sporting event of its type available for open enrollment,” said Burke. “If you work with or carry a gun for any reason, why wouldn’t you compete at The Tactical Games?”