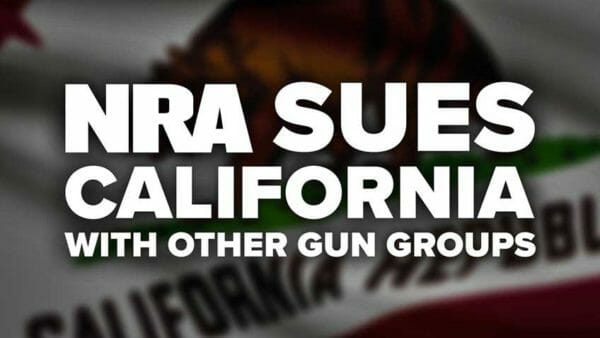 U.S.A. -(AmmoLand.com)- The NRA-ILA is reporting that California residents may resume purchasing, and buying ammunition online without unconstitutional background checks. The NRA-ILA released a statement last late last night following an injunction by a Federal judge in the Rhode v. Becerra case. See full details from the release below.

A major victory was secured on Thursday when a federal judge issued a preliminary injunction in the NRA-supported case, Rhode v. Becerra. The case challenges the constitutionality of a California law that puts draconian restrictions on ammunition acquisition and transfers as a result of Prop 63 and SB 1235 (2016).

As the court said, ‘The right to keep and bear arms is the insurance policy behind the right to life … a shield from the tyranny of the majority.’ California wasn’t just obstructing the people’s fundamental right to defend their families and lives—it was encouraging unlawful hostility toward an individual, Constitutional right,” said Jason Ouimet, executive director, National Rifle Association Institute for Legislative Action. “The NRA funded this case for the same reason the court struck down the laws: enough was enough.”