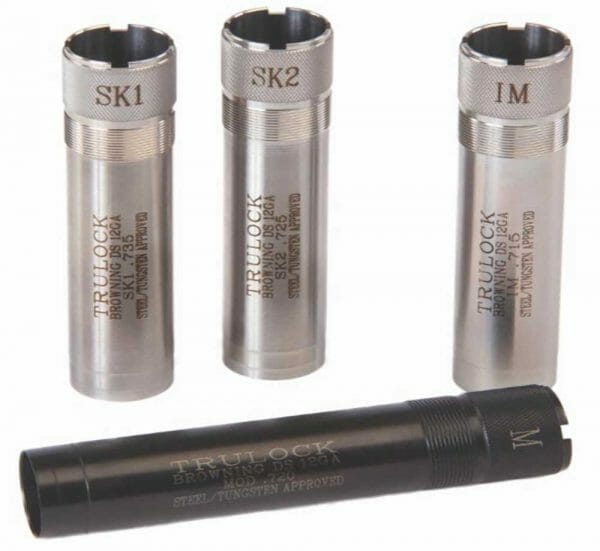 Whigham, GA –-(Ammoland.com)- Shooting clay targets is a game of focus and concentration, which is why competitive shooters hedge their bets by carrying an array of choke tubes. The competitive edge is gained by using the right choke tube to maximize the pattern of pellets downrange.

Trap, skeet, and sporting clays are different games, with targets coming in assorted sizes, colors, and shapes as they fly through the air, or skip on the ground. Clay targets can come whistling along at speeds exceeding 70 mph. Shot pattern size and density play a pivotal role in breaking them with regularity.

Trap and skeet targets are thrown with consistency and playing the choke game isn’t as important as it is for sporting clay enthusiasts. That said, all clay target shooters can improve their game with an assortment of chokes.

Every shotgun needs to be tested with different shotshells and chokes to see exactly how they pattern. Trulock produces a wide variety of chokes specific to the clay markets with features to make them easy to use and change out. The extended chokes are shown to provide better patterns than those mounted flush with the barrel. They are …Read the Rest