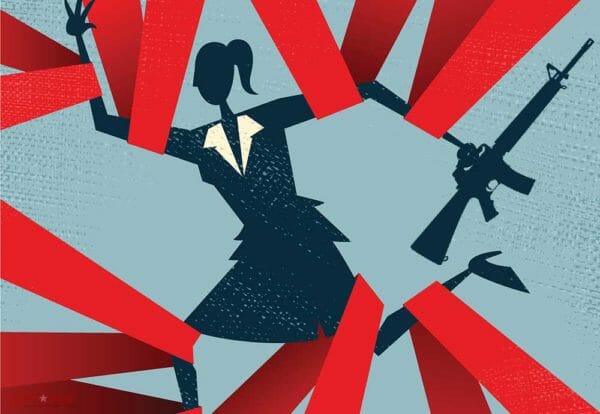 New Jersey – -(AmmoLand.com)- As a New Jersey small business owner, I’m painfully familiar with government red tape. As a New Jersey gun owner, I’m painfully familiar with the government’s distrust and overregulation of a Constitutionally protected right. Now the 119th Congress is aspiring to pour more salt in that wound in the name of H.R. 8, the Bipartisan Background Checks Act of 2019.

You can ignore the title because it’s not a bipartisan bill; hardly any are these days. But what you can’t overlook are the additional hardships this bill would impose on law-abiding gun owners.

We’re told that H.R. 8 will prevent bad guys from getting their hands on guns. That would be great if criminals purchased guns legally. Unfortunately, they’re criminals and seldom follow the law. A recent Bureau of Justice Statistics report from the Department of Justice tells us just that. Released in January of 2019, the report found that the overwhelming majority of people convicted of gun-related crimes obtained those guns by stealing them, buying them on the black market, or through a straw purchase (where someone with a clean record buys a gun for a criminal). …Read the Rest