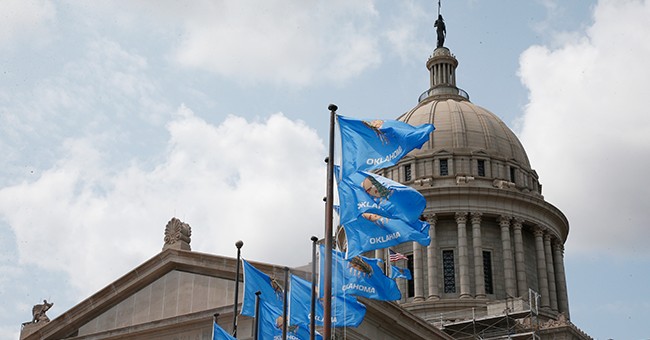 Politics has always been tense. It’s the reason it’s not a topic to be brought up in polite conversation.

Because of the obligatory contention that sprouts out of politics, many state houses are off-limits to people carrying guns. However, we live in different times when lawmakers and lobbyists may well soon become the target of political violence to an even more significant degree than what we’ve already seen. People may well be shot inside state capitols, regardless of what the law means, and these people will be powerless to defend themselves.

In Oklahoma, lawmakers are looking at a bill that would prevent that situation from arising.

An Oklahoma lawmaker wants to allow those with a valid handgun license to carry guns in the Capitol, something that is currently prohibited.

Senate Bill 38, authored by Sen. David Bullard, R-Durant, would allow individuals with a valid handgun license to proceed through a security checkpoint with a weapon after presenting the license.

“Nothing in this section shall be construed to authorize a peace or security officer to remove or inspect any weapon or restrain any person carrying a properly concealed loaded or unloaded handgun without probable cause that a crime has been committed,” the measure …Read the Rest