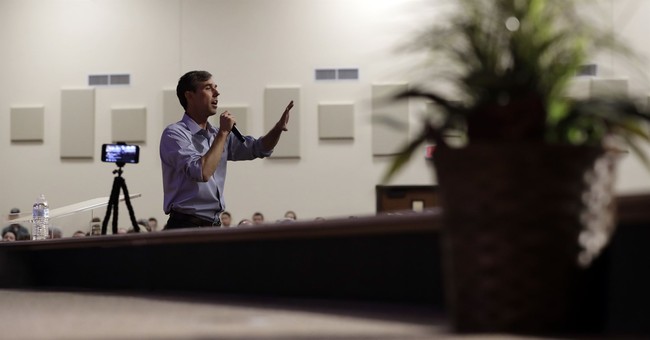 If you pressed people in this country to name the most pro-gun state in the country off the top of their head, a large chunk of them would say “Texas.” To be sure, the Lone Star State has a reputation of being pro-gun. The state has never let go of the cowboy image and all that entails. Including guns.

But Beto O’Rourke still thinks that attacking the National Rifle Association and defending gun control is a winning strategy there.

While speaking to a crowd at Texas State University, the Democrat said he doesn’t take money from political action committees (though he has accepted bundled contributions from liberal PACs like J Street and Democracy Engine Inc.) because he doesn’t want his constituents to wonder if he’s making decisions based on who has donated to him. Among the questions O’Rourke said he didn’t want people to have to ask about him is whether or not he is beholden to gun-rights proponents.

“Did he take money from the NRA?” he said. “Does he represent the gun manufacturers instead of my kids and the families of the 30,000 people we lose every single year to gun violence in …Read the Rest