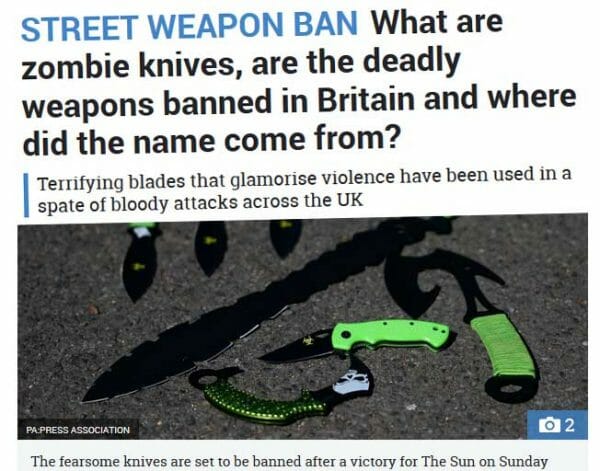 The State of New Hampshire officially jettisoned all knife-related statutes in 2011. Other states are quietly following.

Proponents of this purgative measure clearly showed that “knife regulations,” invariably so poorly written as to be indecipherable, were mostly unenforceable anyway, and in any event demonstrably had zero deterrent effect on violent crime.

As an example, here in CO our “magazine ban,” signed by our governor in 2013, has never been enforced! In the five years it has been “on the books,” not a single person has ever so much as been charged, much less convicted, under this joke of a law. After signing the legislation, our governor so much as admitted it was stupid.

In any event, this unenforceable “ban” is universally, and contemptuously, ignored (an should be) by gun-owners, and police, throughout our state.

Anti-gun and anti-knife legislation is, without fail, designed by treacherous leftists (like our Colorado governor), only to “punish” owners of these weapons, solely because we don’t, and won’t, vote for them.