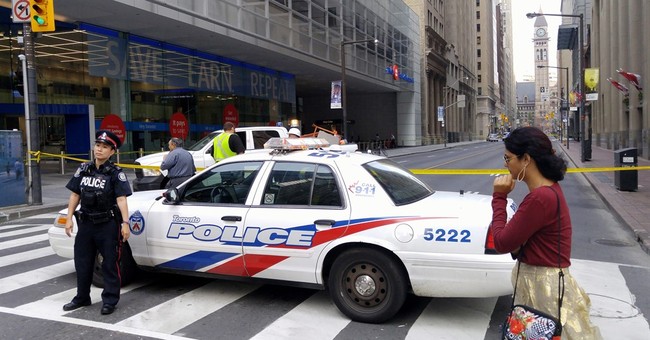 Gun grabbers love the idea of banning guns. Even if they’re not (currently) talking about a total gun ban, they still want to ban certain firearms. Right now, so-called “assault weapons” are their preferred target, at least in this country.

In the Great White North, however, handguns are the target. Right now, progressive anti-gun activists and politicians are focused on ridding their country of handguns. Who cares how vital they might be for personal defense, right? Some person might do something bad, so we’re going to limit the rights of everyone else because of that one possibility.

However, not everyone in Canada thinks this move will be the miracle cure.

Toronto and Montreal city councils have called for it, Toronto’s mayor has demanded it, the federal government is examining it, but the head of Toronto’s police union says a handgun ban won’t stop shootings.

After a string of gun-related deaths and injuries in Toronto this summer, the city called on Ottawa to ban the sale of handguns in the city and asked the province to halt the sale of handgun ammunition. Montreal made a similar plea soon after, calling for a nationwide end to private ownership of handguns and assault weapons.