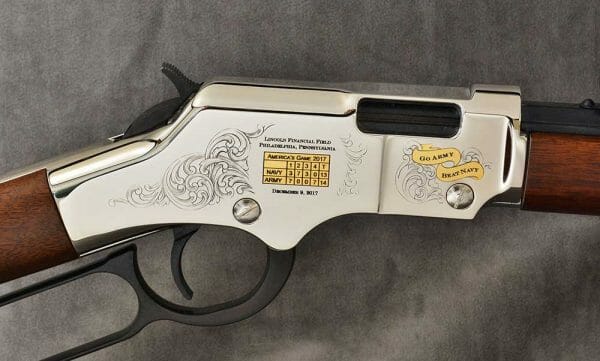 USA – -(AmmoLand.com)- The U.S. Military Academy at West Point and the U.S. Naval Academy at Annapolis have competed in their annual service academy rivalry for 128 years, and custom-firearms designer High Caliber Gifts has created a Special Edition rifle in tribute to the traditional rivalry.

President Dwight David Eisenhower, a West Point Graduate, commented on the classic rivalry, saying, “The Army and Navy are the best of friends in the world 364 1/2 days a year. But on one Saturday afternoon…”