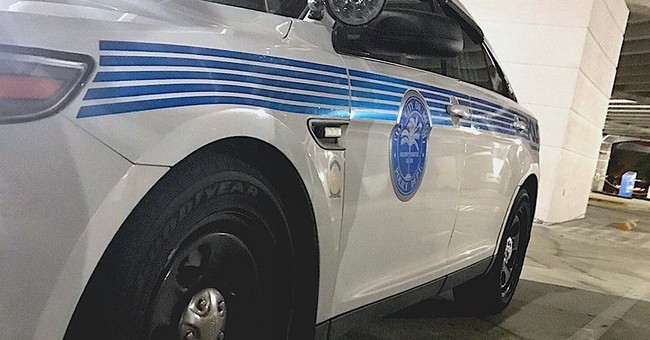 Florida is the epicenter for weird news in this country. So much so that “Florida Man” has taken on a life of its own as people regale one another with tales of bizarre antics from the Sunshine State.

[Jonathan] Crenshaw, 46, has been a fixture on Miami Beach for years, drawing attention from people walking along trendy Lincoln Road for his colorful painting. Well, that and the fact the homeless man has no arms and paints with his feet.

But shortly after midnight on Tuesday, Crenshaw turned on one of those tourists and stabbed him with a pair of scissors he held with his feet, police said.

Crenshaw told police he was lying on the ground when Cesar Coronado, 22, came up to him and punched him in the head. Coronado and a friend, who were both visiting from Chicago, had a different story, telling police Coronado was asking Crenshaw for directions when he attacked, the Miami Herald reported.

Of course, Crenshaw isn’t the most …Read the Rest