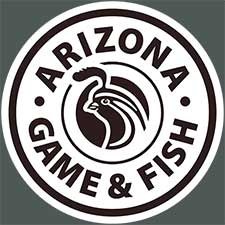 PHOENIX —-(Ammoland.com)- When Arizona hunters take to the field Friday for the opening of the 2017 dove season, a few might be fortunate enough to harvest a bird that’s a bit different than the others.

The Arizona Game and Fish Department recently completed its annual dove-banding efforts for the U.S. Fish and Wildlife Service, capturing thousands of mourning, white-winged and invasive Eurasian collared-doves throughout Arizona and affixing a tiny metal band around one of their legs.

A band provides data used for statistically estimating harvest rates, distribution, annual survival rates and movements of the birds throughout the various migratory flyways. Since 2003, Arizona has participated in the nationwide effort (which now includes more than two dozen states) to better manage mourning doves, arguably the most popular game bird in North America.

About 850,000 dove hunters harvested an estimated 14.5 million doves nationwide as recently as 2013. Arizona’s hunters never lack for birds. In any given year, an estimated 20 million to 30 million mourning doves …Read the Rest