Another Example Of Why ‘Gun Free Zones’ Actually Aren’t 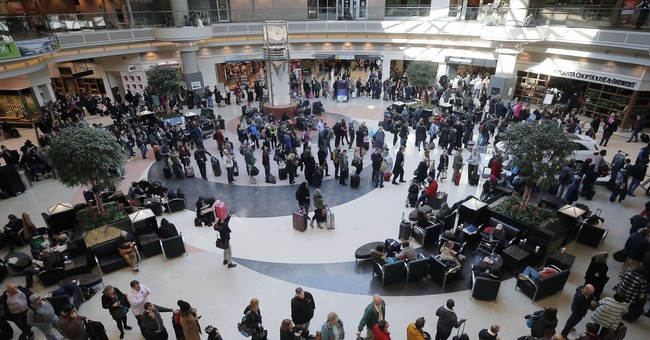 When anti-gun zealots want to keep an area safe, they pass requirements that guns aren’t allowed. They see the signs warning people that firearms aren’t permitted as magic talismans that repel anything that fires a bullet.

Of course, more rational sorts recognize that these rules only apply to those inclined to follow the rules. For those who aren’t, they’ll try and find a way.

For example, there’s a rule that guns aren’t allowed in the secure areas of airports or on planes. How did that work out?

According to U.S. Attorney for the Northern District of Georgia Byung J. “BJay” Pak, 34-year-old Eugene Harvey of College Park as a Delta baggage handler used his security badge to smuggle guns to restricted areas at the Atlanta airport in 2014.

At food courts or in men’s restrooms on airport concourses, Harvey allegedly transferred the firearms to a former Delta employee, who hid the guns in carry-on bags and took them onto flights from Atlanta to New York. The guns were then illegally …Read the Rest