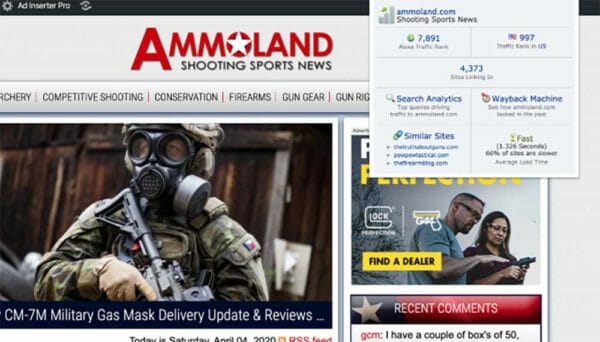 AmmoLand News launched on October 2nd, 2008 with a post featuring the Frank Loesser song “Praise the Lord and Pass the Ammunition.” When the site began, it was called the Ammoland News and Business Directory. Since then, AmmoLand News has published over 70,000 articles covering a wide variety of topics from Second Amendment news to reviews of new products. The site boasts over 40 contributors that post content seven days a week. What separates AmmoLand News from other gun news websites is its original reporting, investigated journalism, and willingness to take on powerful anti-gun politicians.

Over the last decade, AmmoLand News has been at the center of multiple breaking news stories. Attorneys have used AmmoLand’s news articles in federal cases as well as numerous states.