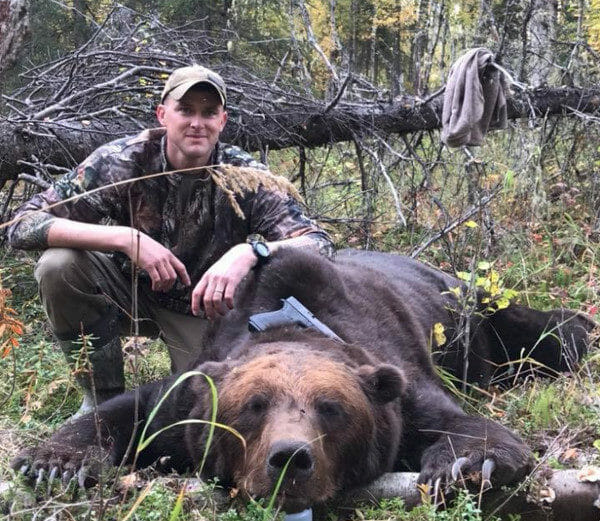 On the evening of 18 September 2018, Anthony Reyna was happy and excited. He and his friend, Gary, were hunting moose on Joint Base Elmendorf-Richardson north of and sharing a boundary with Anchorage, Alaska. Tony had drawn a moose tag for a bow hunt. He was using a 60 lb PSE ThunderBolt compound bow. He has owned the bow since he was a teenager. Tony and Gary set up and started moose calling about 6 p.m. After 40 minutes, they heard a bull moving in. They saw his antlers at 30 yards. Suddenly, a second bull appeared at 15 yards! It was not as big, but Tony was hunting for meat.

Tony was able to take a shot as the bull moved 20 yards out. The bull turned at the last moment; the arrow glanced off a rib. It did not spook the bull, but the bull …Read the Rest