AB 736 Attempts to Tax California Gun Dealers Out of Business 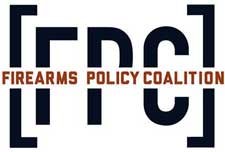 Firearms dealers are among the most regulated small businesses in the state. They are often inspected and audited by both state (California Department of Justice) and federal (Bureau of Alcohol, Tobacco, Firearms and Explosives) agencies.

Violations discovered from these efforts are most often inadvertent record keeping or operating errors by a retailer or their employee; and while worthy of notation, notification and correction, they rarely rise to a level worthy of a fine.

“AB 736 only adds to California’s infamous anti-business and anti-second amendment climates”, stated Craig DeLuz, spokesman for FPC. “This bill will only serve to drive firearms dealers out of business, making it even more difficult for law abiding citizens to exercise their right to keep and bear arms.”

FFLs play a major role in facilitating the legal transfer of firearms in the state of California. As their numbers dwindle, it reduces that opportunity for law abiding citizens, …Read the Rest