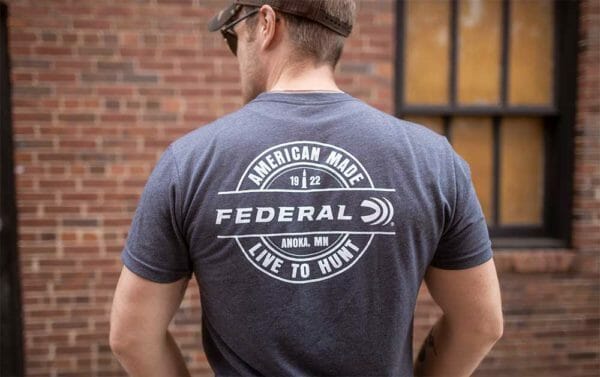 USA – -(AmmoLand.com)- The world’s largest sporting ammunition manufacturer recently announced an exciting new look and feel. It’s all part of a major shift the company calls, “The New Look of Authority,” and it starts with their name itself. The brand shooters know as Federal Premium is now Federal. Simple. Proud. And more focused than ever before.

“For many years, we’ve been known as Federal Premium,” said President Jason Vanderbrink. “But the fact is we manufacture a huge list of ammunition products via several sub-brands, and Federal Premium is just one of them. Granted, it’s our exclusive sub-brand crafted at the highest tier of quality, but by using it as our overall name, Premium began to lose that meaning.”

Vanderbrink also explained that over the years, as the company focused on its many outstanding sub-brands and launched numerous specialized products, the Federal brand faded into the background, losing some of its consistency and strength on the shelf.

“That is changing,” he said. “We are embarking on a new, …Read the Rest