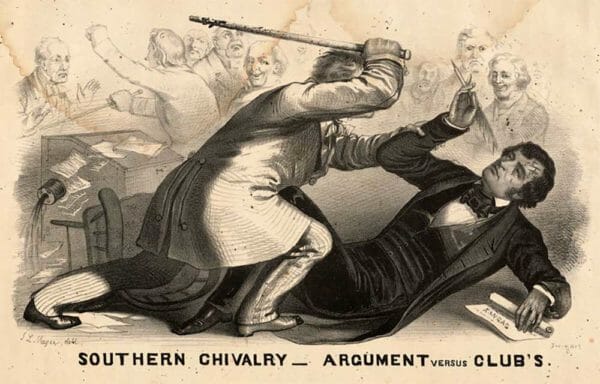 USA – -(AmmoLand.com)- Have you ever heard of Sen. Charles Sumner (R-MA)? How about Rep. Preston Brooks (D-SC)? Probably not, and I wouldn’t hold it against you. Both men served in Congress back in 1856 before the outbreak of civil war, and in some ways, both men came to symbolize one of the many factors that brought America to that hellish place: The breakdown of public discourse in politics. Does any of this sound familiar?

Sen. Charles Sumner was an anti-slavery Republican from Massachusetts who, on May 19th, 1856 gave a fiery speech on the floor of the Senate chamber that he titled “Crime Against Kansas.” At that time, the nation was debating the entry of Kansas to the Union as a slave state or a free state. Sen. Sumner, being anti-slavery, used very colorful language, even by today’s standards, and called out two other members of the Senate, Sen. Stephen Douglas (D-IL) and Sen. Andrew Butler (D-SC) whom he deemed to be mostly responsible for the crime of slavery …Read the Rest