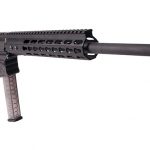 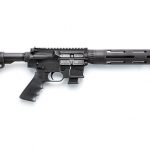 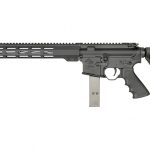 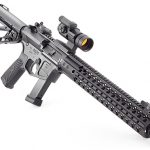 Some 35 years ago, Colt decided to enter the submachine gun market that was dominated by Heckler & Koch, Uzi, Beretta and other mostly European arms-makers at the time. The company took the familiar AR platform and modified it to shoot 9mm cartridges. It basically operated via blowback, firing from a closed bolt for better accuracy. Law enforcement and military units already using the AR took to it, and a civilian-legal, semi-auto version was produced as sales increased. ARs in 9mm were cheaper to shoot, safer in urban environments and potent enough for self-defense and some hunting applications with the proper ammunition and shot placement. Since that time, the pistol-caliber carbine has become a mainstay of gun manufacturers that produce AR rifles. There’s even a new pistol-caliber carbine division in USPSA competition. With all of that in mind, let’s take a closer look at five of the best pistol-caliber carbine models currently available.

For more information about the five pistol-caliber carbines featured in the gallery above, please visit …Read the Rest