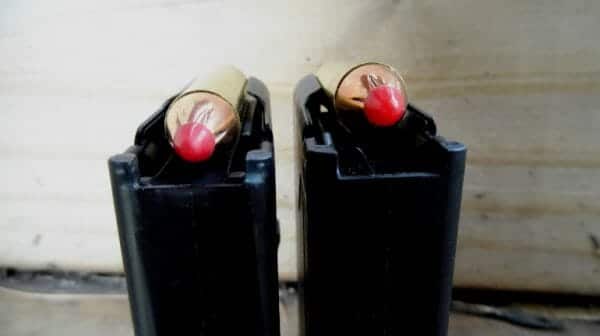 GRAND RAPIDS, MI USA–-(Ammoland.com)- In my last article, I built a very lightweight and powerful hunting rifle with the help of Brownell’s. This rifle had some issues with feeding and ejection and I was determined to solve the problems it had. These issues centered around the magazines. In this article, I will be talking about tips and tricks to ensure reliable feeding with the .450 cartridge in an AR rifle.

The main issue we have with the .450 is that it is a very poor cartridge for the AR rifle. It is an oddball in that it has a .308 case head which is actually rebated, meaning that the case body is wider than the rim, and has a case body that is tapered. The problems associated with the AR rifle and its magazines are well known, and they are cruelly exacerbated by the .450 cartridge. How did I figure out that the magazines were causing the problems? The gun fired single rounds and locked back on an empty mag, which meant that the reliability issues were being caused somewhere in the mag and how it interacted with the gun.

When I …Read the Rest