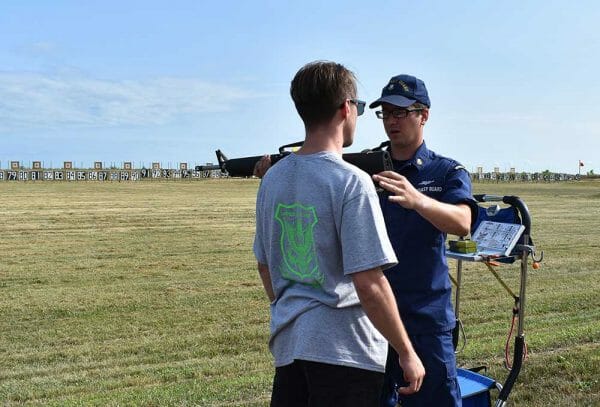 U.S.A. –-(Ammoland.com)- Every year, the rifle Small Arms Firing School provides one of the greatest opportunities to learn a variety of marksmanship essentials for those new to the sport as well as those more experienced. The course is part of the National Trophy Matches, held annually during the summer months at the Camp Perry National Guard Training Facility in Ohio.

The Small Arms Firing School (SAFS) is a two-day clinic that includes a safety training and live fire portion on the first day and an M16 Rifle Excellence In Competition (EIC) match on day two. The program is designed for beginning marksmen or those looking to earn their first EIC points, which are earned and applied toward receiving a Distinguished Rifleman Badge. Participants are provided a rifle and ammo for training during the class and also receive a souvenir SAFS t-shirt.

Coaches on the firing line help record zeroes as well as correct and improve positions, including assisting new shooters in finding comfortable ways to position the rifles with gear. Shooters with personal coats and gloves may use them but must use the …Read the Rest