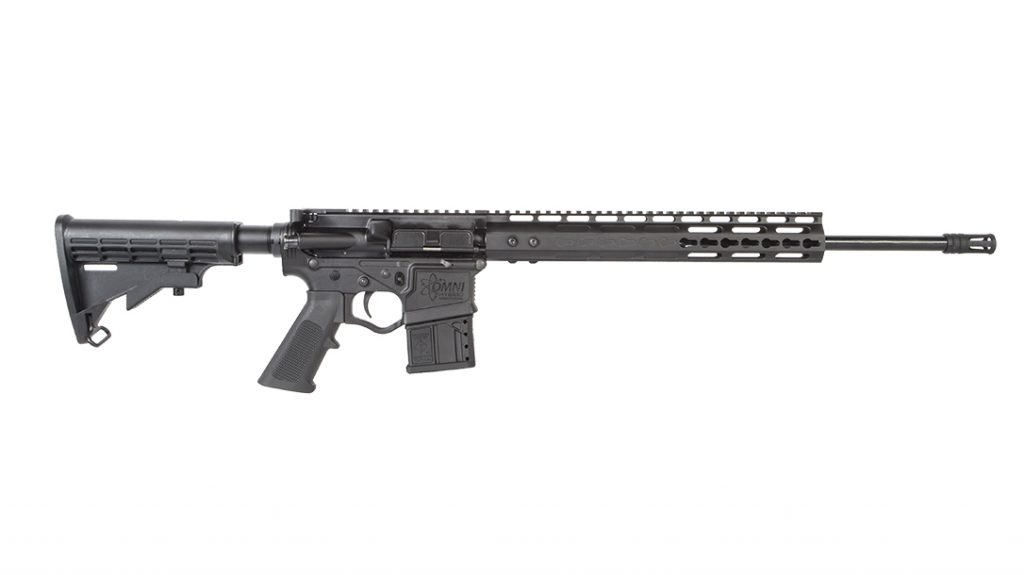 This year’s crop of new smoothbores is dominated by the cut-down “Shockwave-pattern” design introduced by Mossberg in 2017. Though Mossberg didn’t invent this new breed of gun, it was the first major player to commercialize it. The Shockwave is classified as a “firearm” by the BATFE and not a shotgun; its tremendous success has created a barrage of copycat models made by big and small players alike.

12-Gauge Gunfight: How to Win With Your Favorite Tactical Shotgun

This year has also seen a number of noteworthy designs like bullpups and those that use detachable magazines. In short, shotguns are still going strong after hundreds of years. Let’s take a look at 18 new shotguns for 2018.

This article was originally published in “Tactical Life” August/September 2018. To order a copy and subscribe, visit outdoorgroupstore.com.

The redesigned .410-gauge Omni Hybrid shotgun looks and operates like a typical AR-15. It’s named for its lower receiver. The receiver is made of polymer molded over a zinc-aluminum shell. This helps cut the firearm’s weight to only 6.5 pounds when it’s unloaded. This year, American Tactical updated the design by changing the magazine, bolt, chamber and gas piston system. …Read the Rest